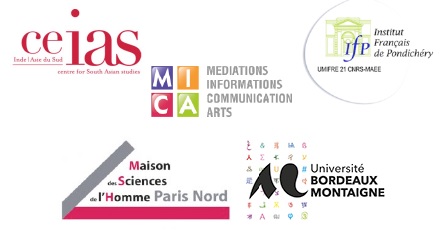 « Arts Activism » is an expression often used since the 1990s in reference to a significant part of the production of contemporary art throughout the world, without any clear definition. Numerous international events – the Berlin Biennial in 2012, the Venice Biennial in 2017, the Manifesta 12 in Palermo in 2018, or the Kochi-Muziris Biennial entitled“Possibilities of a non-alienated life” in 2018-19 among some other such events – made it a central question and broached a large spectra of thematic going from ecology, antiglobalization, feminism, responsible consumption, social and economic alienation or immigration. Similarly, a number of works (C. Mesch 2014, D. Vander Gucht 2014, JM Lachaud 2015, N. Thompson 2015, 2018, P. Weibel 2015, G. Didi-Huberman 2016, G. Sholette 2017, 2018, D. Berthet 2018, M. Reilly 2018) and magazines (the May 2019 Artforum International for example) address the question of contemporary forms taken by the interrelations between art and politics.

“Artivism” encompasses artistic actions, which tackle social and political issues, reviving agitational practises defined in resistance to the planetary ideological hegemony they refer to as neoliberalism . This resurgent awareness of the political nature of artistic creation questions consensual discourses on the neutrality of art and aesthetics, often confined in their « autonomy » and impervious to the disorders of the world. Within artistic activism a dialectic between two entities, traditionally perceived as being of a different nature, is played out: on the one hand the field of art (too often defined as autonomous, with no other functionality than its own) and on the other hand in the field of politics and social activities on the other hand (thought out as a praxis of the exercise of the power in an organized society).

The central question posed by artistic activism could be stated in this way: How can we evaluate the capacity of art (visual arts, performing arts, literature, theatre, dance, video art, cinema, etc.) to function as social and political protest?

The diversity of its actors, and their intentions, targets and modes of expressions makes it difficult to propose a clear measuring of the very function of art in politics. Artistic expressions are large, going from so-called traditional medium (painting, drawing, sculpture, theatre, etc.), through ephemeral practices, in situ, inscribed in particular times and places (urban spaces, neighbourhoods, specific sites, warehouse, etc.) to the development of interventions on the Internet (net art, hacktivism, etc.). So large are the ideological backgrounds of their authors, being individuals or collectives, all mediated by rhetoric and diversion practices, expressing different postures, levels of radicalisms, etc. Therefore, to overcome the singularities of art activisms, it is necessary to engage a common reflection enabling the drawing lines of analysis in the way to build a robust analytical framework.

Two radically different positions can be delineated, within all these practices:

These two contradictory traditions nourish, by mingling with each other, what we call contemporary artistic activism. An analysis of its productions sometimes reveals more or less contrasted aims.

Since the launch of the New Economic Policy in 1991, the Indian Union has undergone profound changes in all areas of activity (economic, social, cultural, artistic). The opening of the economy and the rise to power of the Hindu nationalist right have had the effect of deeply questioning the principles of the Indian way enacted by the fathers of independence in 1947 (secularist democracy, growth model self-centred organized around a large public sector and non-alignment).

The current political context of India (religious nationalism, stigmatization of minorities, questioning of secularism, ethnic conception of the Indian nation, bone of contention around Kashmir, violence of intercommunity conflicts, etc.) as well as its cultural and artistic context (advent of India on the international art scene, development of the art market and cultural economy, shift of the middle class into mass consumption, questioning of freedom of expression etc.) make the Indian Union a specific laboratory for the contemporary development of interrelationships between artistic practices and social and political commitment.

The organizing team of this Conference Day intends to bring together researchers from all horizons to reflect together on the various forms and conceptions of artistic activism in India, since the 1990s – approaching crossings, transfers, intersections between art and politics, at work within Indian artistic activism, both in their global dimension and in their local specificity.

This Conference Day is organised around four thematic axes

Approach of the relationship between the development of contemporary artistic activism in India and the history of an engaged art in the anticolonial fights, since the beginning of the 20th century, as well as the advent of modern Indian art in a context of nonalignment.

Relationship between artistic activism in India and « subordinate » histories (the impacts of the evolving struggle for women’s rights and for sexual minorities).

Issues of profound changes in developments in India’s rural and urban worlds and their implications for artistic activism (including « Dalit art », « neo-tribal art »).

Approach to the development of artistic activism in India in the light of the questioning of the political and cultural heritage of the secularism, as well as the question of ideological and economical censorship.

Communication proposals, written in English or French, must include:

The communication proposals will be examined and selected by the scientific committee of the Conference Day.

The 20-minute speech will be followed by 10 minutes of discussion. They will be held in French or English. No interpreting or translation services will be provided. (The accommodation and transport costs will be covered by the participants)